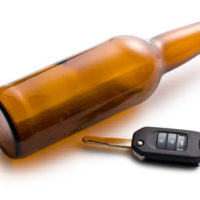 Like most states, Florida’s DUI law contains a per se section and an “impairment” section. Defendants are guilty as a matter of law if their BAC exceeds the legal limit, which is usually .08. If the defendants refused to provide chemical samples or they are unavailable for whatever reason, the prosecutors must establish that the defendants lost the normal use of their “normal faculties.” In both these instances, the state must prove that the defendant was “driving” the vehicle.

All these areas may be subject to collateral attack.

In Florida and most other states, “driving” in this context is more like “operating,” because the vehicle does not have to be in motion to support a DUI conviction. Instead, the defendant must:

Some situations are rather uncertain. For example, what if the defendant was sleeping behind the wheel of a parked car with the ignition on (ability but no intent)? Or, what if the defendant was behind the wheel of a car but the keys weren’t in the ignition (intent but no ability)? These situations, and others like them, may create enough reasonable doubt as to this element to convince at least one juror to vote not guilty, and that is all that is required.

Since officers must obtain search warrants to administer blood draws, nearly all DUI test cases involve Breathalyzers. Although the device has been improved significantly since it first appeared in the 1950s, it still uses basically the same technology and is therefore still subject to basically the same flaws:

If a chemical sample is unavailable, prosecutors must use circumstantial evidence to prove loss of normal faculties, and this evidence normally comes from the three approved field sobriety tests. Many departments use unapproved tests as well, but the results are usually only admissible for limited purposes.

The prosecutor must prove that the defendant lost function and that this loss was due to alcohol or drugs.

The evidence in DUI cases is subject to challenge. For a free consultation with an experienced criminal law attorney in Port St. Lucie, contact Eighmie Law Firm, P.A. Home and jail visits are available.