Getting Around the Graves Amendment 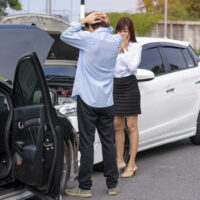 As we approach the winter holidays, there will probably be lots of rented vehicles on the road. Typically, people who drive these cars are unfamiliar with the roads, so rented vehicle collisions are all too common.

Under traditional negligent entrustment doctrine, owners are liable for damages if they allow incompetent drivers to use their vehicles and the incompetent driver causes a crash. Evidence of incompetency includes a safety-suspended drivers’ license.

However, the Graves Amendment substantially limits negligent entrustment claims in Enterprise Rent-A-Car and other commercial negligent entrustment claims. These limits are significant, because many of these drivers have little or no insurance. However, this obscure policy rider has a number of holes, and an experienced Port St. Lucie personal injury attorney knows how to exploit these loopholes.

In 2005, Congressman Sam Graves attached what became 49 U.S.C. 30106 to a large transportation bill. He intended the provision to shield vehicle rental companies from large liability judgements. So, Graves Amendment immunity only applies to lessors who were in the “trade or business” of renting vehicles.

Like many other policy riders, the brief Graves Amendment is rather poorly drafted. And, since there is almost no legislative history behind the Graves Amendment, the “trade or business” phrase is completely undefined.

So, attorneys must look elsewhere to define this key provision. The Uniform Commercial Code, a uniform law which is often used in contract disputes, defines a “merchant” in Section 2-104. According to this provision, a merchant is:

Many vehicle rental establishments do not meet either of these definitions. Vehicle rental may not be their main business line. Many of these companies are moving and storage companies which happen to rent a few vehicles on the side. To further illustrate, a grocery store might sell a large volume of beer and wine. But it is still a grocery store and not a liquor store.

Furthermore, most individuals who work at such places have no specialized knowledge about the vehicles they rent. They know how to start and drive the car, but they may not know anything about the air conditioner’s BTU capacity or other operational details.

If the company which rented the vehicle to the customer is not in the “trade or business” of renting vehicles, as defined by the UCC, immunity may not apply.

Additionally, Graves Amendment immunity only applies if the lessor was not otherwise negligent.

In 2005, most vehicle rental establishments met this requirement. There was no way to verify drivers’ licenses beyond a simple inspection. So, if the license was facially valid, the transaction could proceed.

Fifteen years later, technology has advanced. It is now relatively easy to determine if a drivers’ license is actually valid. It is also relatively easy to check a person’s driving record, at least with regard to recent at-fault accidents. In fact, it is arguably the industry standard to perform such checks.

If the owner or agent fails to verify the renter’s license and record, that owner or agent is arguably negligent, and Graves Amendment immunity might be inapplicable.

Commercial negligent entrustment claims are often quite complex. For a free consultation with an experienced Port St. Lucie personal injury attorney, contact Eighmie Law Firm, P.A. Attorneys can connect victims with doctors, even if they have no insurance or money.