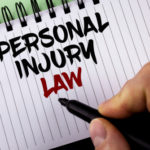 The number of alcohol-related crash fatalities in Port St. Lucie is creeping up again after it dropped sharply in the 1990s. Some researchers believe that lowering the BAC threshold from .08 to .06 may reduce number of fatal accidents. But even some advocacy groups, like Mothers Against Drunk Driving, aren’t convinced. Alcohol is a… Read More »