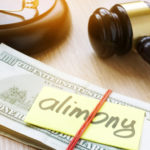 The Status Of Alimony Law In Florida

Since the 1940s, the alimony tax rules have been one of the few constants in Florida divorce cases. Under existing guidelines, spousal support payments are tax-deductible and obligee spouses must report these payments as income. At the end of 2018, both these rules change. Alimony payments will no longer be tax-deductible and recipients will… Read More »

Some Spousal Support Basics In Florida

The wave of alimony reform that swept over a number of other states in the early and mid-2010s never came ashore in the Sunshine State. Governor Rick Scott vetoed two alimony reform bills during this period, even though reformers charged that Florida’s laws on the subject were “outdated” and “not equitable.” Types of Spousal… Read More » 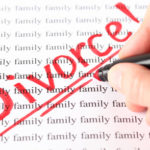 How The Judge Determines Alimony In Florida

Spousal support is not automatic in a Port St. Lucie divorce, but most judges grant at least some alimony in the vast majority of Treasure Coast marriage dissolution cases. Before making such a move, the judge essentially considers the obligor’s ability to pay and the obligee’s economic need. As these items vary significantly among… Read More »

Twice in the last three years, alimony reformers nearly succeeded in their efforts to re-design the system, only to be turned away at the eleventh hour. In 2013, Governor Rick Scott vetoed a reform bill because it would have been retroactive; earlier this year, he vetoed a similar measure, citing a section that created… Read More »

In some recent presidential elections, Florida has been a battleground state that both Republicans and Democrats legitimately believed they could win. In recent years, Florida has also been a battleground state in terms of spousal support. In the last few years, alimony reformers have nearly succeeded in rewriting the spousal support laws, only to… Read More »