A new substance — dimethyltryptamine — is making the rounds in the shadowy world of drug trafficking. Its appearance raises two interesting questions which are common in many drug cases. DMT, which has been used for centuries in religious ceremonies, is basically a mild form of LSD. According to the Drug Enforcement Agency, “The… Read More » 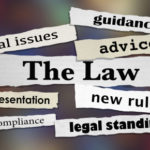 In the 1971 movie Dirty Harry, antihero Harry Callaghan pursues a fleeing murder suspect on foot. During the course of the chase, he enters the suspect’s apartment without a warrant and seizes a hunting rifle. In a subsequent conference, the prosecuting attorney informs the befuddled and upset San Francisco Police Inspector that the rifle… Read More »