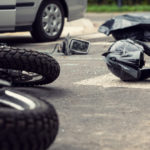 In a story that’s all too familiar to Port St. Lucie riders, a driver may face no legal consequences after he struck a motorcycle during a left turn against traffic, killing both the rider and passenger. The wreck occurred on Sebastian Boulevard. According to police and witnesses, a Harley-Davidson three-wheeler was westbound on Sebastian…. Read More »

In many parts of the country, the weather is so cold in the late fall, winter, and early spring months that outdoor activities, including motorcycle riding, almost grind to a halt. But that’s not the case on the Treasure Coast, as the days during this time of year may be shorter, but they are… Read More »