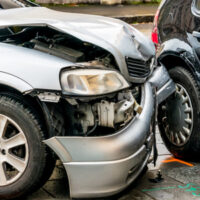 A driver and a passenger are dead, and another passenger is seriously injured, following a loss-of-control crash in St. Lucie County. Few details were available about the crash. According to the Florida Highway Patrol, a driver left the road and careened into “multiple trees” and a wooden utility pole. The driver and front seat passenger were declared dead at the scene. A rear seat passenger was rushed to a nearby hospital with serious injuries.

None of the victims was wearing a seatbelt.

If the tortfeasor (negligent driver) does not survive the accident, a Port St. Lucie personal injury attorney can still obtain compensation for your injuries.

Auto insurance companies have a duty to defend their policyholders in court and cover their financial obligations. That means paying damages to victims. These duties remain the same whether the policyholder is alive or not.

In terms of car crash damages, Florida is a no-fault insurance state. So, victims are always entitled to compensation for their economic losses, such as property damage, medical bills, and lost wages. If the victim sustained a serious injury, additional compensation for noneconomic damages is usually available. Florida law defines a serious injury as:

A broken bone is usually a permanent injury, according to Florida law. The injury usually heals, but there is almost always some lingering loss of motion. And, “permanent” usually does not mean “forever.” It usually means an extremely long-term injury.

Noneconomic losses include things like pain and suffering, loss of enjoyment in life, emotional distress, and loss of consortium (companionship).

If the tortfeasor is a stranger, most people have no problems pursuing claims for compensation. But if the tortfeasor was a friend or at least an acquaintance, the dynamic is different, from both an emotional and legal standpoint.

Emotionally, many people do not want to “blame” the tortfeasor for the crash. But a legal claim is not about assigning blame. It’s about holding people responsible for the mistakes they make. And, as mentioned above, the individual usually pays nothing. The insurance company is financially responsible for both the legal defense (getting an attorney) and paying any damages.

Legally, passenger injuries often involve the assumption of the risk defense. This doctrine, which is usually limited to falls, swimming pool drownings, and other premises liability matters, applies if the victim:

Essentially, insurance companies argue that if victims voluntarily get into cars, they take their own chances in terms of injury.

But this argument does not address the second assumption of the risk prong. Unless the victim saw the tortfeasor driving very erratically, the risk of a car crash is just a theoretical risk. It’s not a known risk.

The Seatbelt Defense in Florida

The Sunshine State is one of the only states in the Union which recognizes the so-called seatbelt defense. If the victim wasn’t properly restrained, insurance company lawyers can use that failure to reduce the victim’s compensation.

But the seatbelt defense is not automatic. First, the insurance company must prove the seatbelt was working. If the vehicle was totaled, it’s very hard to prove this point. Second, the insurance company must prove the victim was not wearing a seatbelt. Finally, a doctor must testify that the failure to wear a seatbelt proximately caused the victim’s injuries. It is not enough to simply cite safety statistics about seatbelt use.

Even if they were not wearing seatbelts, car accident victims might be entitled to substantial compensation. For a free consultation with an experienced Port St. Lucie personal injury lawyer, contact Eighmie Law Firm, P.A. Home and hospital visits are available.