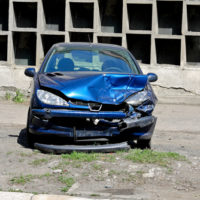 TBIs are among the most serious personal injuries, accounting for over 2.5 million emergency room visits in the United States alone every year. Moreover, TBIs are a contributing factor in about a third of wrongful deaths every year.

Active and passive restraint systems (seat belts and airbags) greatly diminish the chances of a victim’s head slamming into the dashboard or window/windshield. However, they do not eliminate the risk altogether, primarily because these systems were not designed to prevent head injuries, especially at high speeds.

Even if the restraint system prevents a head injury, blunt force TBIs are still very possible. That’s because of loose objects in the passenger area, like books and cellphones, continue traveling at their previous speeds until they too collide with solid objects. So, these items essentially become high-speed missiles that, in many cases, are aimed directly at the victim’s head.

A motion-related head injury (whiplash) is even more common in motor vehicle crashes, even at relatively low speeds. The sudden jerking motion is enough to injure the brain significantly. Think about how a yoke bangs against the shell when you shake an egg.

Head injuries, in general, are hard to diagnose. Initial symptoms, like disorientation, are often misidentified as shock from the accident in younger people and dementia in older people. Often, even experienced doctors do not properly address these injuries until more advanced symptoms appear, such as chronic severe headaches and personality changes. By that time, the injuries are advanced and difficult to treat.

These complexities are even worse in whiplash situations, because this injury often does not show up on MRIs and other common diagnostic tests.

For all these reasons, it is important to see a physician who regularly works with car crash victims. These doctors can not only quickly diagnose whiplash and other collision-induced head injuries, they will also prescribe an appropriate physical therapy regimen that can often greatly minimize the symptoms, or even eliminate them altogether.

Under current medical science, TBIs are incurable, because dead brain cells do not regenerate. However, after extensive physical therapy, uninjured parts of the brain will probably learn to assume the lost functions. Because of emerging treatments, such as stem cell therapy, brain injuries may be completely curable in the next few years or decades.