What is a DUI Chemical Test, and Do I Have to Consent? 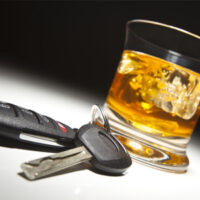 There are four basic ways that the police can test for intoxication, in order to determine whether a person is fit to drive or is driving while under the influence of alcohol or another controlled substance. These are (a) field sobriety tests, which are subjective tests that give early indications of intoxication; (b) breath tests, which are fairly good at detecting the presence of alcohol in one’s body; (c) urine tests; and (d) blood tests, which can test for many other drugs and are far more reliable than breath tests. If you have been arrested and charged with driving under the influence, you need an aggressive and experienced defense team. But should you consent to testing? What happens if you do or don’t?

Per Florida State Statute 316.1933(1)(a), by virtue of you getting behind the wheel of a car in Florida, you have already consented to giving your blood upon the officer having probable cause that you are driving while intoxicated and may pose a threat of serious harm to the public. In fact, the statute says the officer “shall” do so, making it a requirement. What’s more the statute actually says the police may use “reasonable force” to obtain your blood.

Isn’t it Unconstitutional to Take Someone’s Blood without their Permission?

Sadly, no. In 2013, the U.S. Supreme Court decided this very question in Missouri v. McNeely, 569 US 141 (2013). There, the nation’s highest court held that where there are emergency scenarios, referred to in the law as “exigent circumstances,” the police can use force to obtain the blood test. Without such an emergency, the police would certainly need a warrant. However, this is not the whole story. What happens if the officer thinks it is an emergency, but the driver does not? What constitutes an emergency? Do the nurses and hospital staff get a say?

Hospitals and Staff Are Getting Creative

Over the last decade, police have gotten quite bold about simply strolling into an emergency room and demanding that nursing staff draw blood against an intoxicated driver’s wishes. As one can imagine, this presents an ethical and potentially liability issue for the hospital. Typically, forcing a medical procedure on an unwilling patient is considered the crime of battery. And it can result in a lawsuit against the hospital and medical personnel. So, hospitals have become savvy about declining to perform these types of tests unless there is a warrant. But this is not always enough.

A warrant is the rule, but exigent circumstances are the exception by which an officer can get around the rule. And how is a nurse or doctor to dispute that there is an emergency need for the test? Whose judgment should apply? The short answer is, you should decline consent.

Let the officer either obtain a lawful warrant or exercise his or her statutory right to use reasonable force. Now, we are not advocating you resist – quite the opposite. But you can politely decline and explain that you do not consent. Try to make this clear to hospital staff. If you are able, get names of hospital employees or even request a “refusal of care” form. Say that you want to document that you are refusing the test or that it is done without your consent. Again, never fight or resist, but rather, make it verbally clear that you have not agreed to the testing.

If later charged and arrested, you will at least give your attorney a strong argument that the testing was done without a warrant and without exigent circumstances, which could lead to the results being suppressed, meaning they might not be able to use them against you.

If you have been charged with DUI, Florida, call the Fort Pierce criminal lawyers at the Eighmie Law Firm, P.A. today, and find out how we might be able to help you navigate a solution that keeps your record clear or avoids jail time. But time is of the essence. Do not talk to the police at all about your case until you’ve talked to an attorney.