Alcohol Suspected In Fatal I-95 Crash 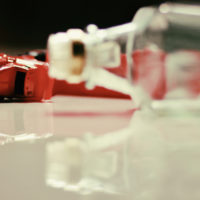 A 26-year-old Lauderhill man is dead after a possibly intoxicated motorist smashed into his car while it was on the interstate’s shoulder.

For reasons that are not entirely clear, the man’s Kia was parked on the southbound side’s outside shoulder near Okeechobee Boulevard. An Infiniti Q50 then veered into the Kia, colliding with its rear end. The force of the impact sent both vehicles into a tailspin. The Kia driver was seriously injured and rushed to a nearby hospital, where he was later declared dead. His passenger was seriously injured as well, but that man is expected to survive.

The Infiniti driver was injured as well.

How Negligence Works in a Port St. Lucie Alcohol-Related Crash

But in civil court, victim/plaintiffs must only establish that the driver was impaired by a preponderance of the evidence. Scientifically, impairment begins with the first drink. So, if there is evidence that the tortfeasor (negligent driver) consumed alcohol, the jury can presume impairment. Such evidence includes:

The Negligence Per Se Rule and Alcohol Crashes in Port St. Lucie

This doctrine applies if the tortfeasor violated a criminal safety law, such as the DUI law, and that violation substantially caused the victim/plaintiff’s injuries. The evidence on this point could be direct or circumstantial.

Other times, the aforementioned circumstantial evidence is so overwhelming that the jury can use it to conclude that the tortfeasor was DUI.

A personal injury attorney fights for both compensation and justice. Sometimes, that means going beyond the tortfeasor to the person (or entity) that created the environment for the crash. In alcohol-related situations, if the commercial provider is not held liable, that provider will probably keep selling alcohol to impaired motorists.

Third party alcohol liability may also be available against a party host, under a doctrine like negligent undertaking.