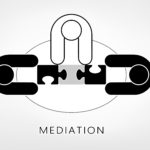 Very few divorce cases go all the way to trial. That’s especially true in the no-fault marriage dissolution era. Typically, the only issues involve child custody and property division. So the vast majority of divorce cases settle during mediation.   One of the reasons that mediation is so successful is that the primary issues… Read More »

Is Divorce Mediation A Good Idea In Florida?

Immediately prior to mediation, most participants feel that the process will be a waste of time. If talking could have solved the problem, they reason, no family law case would have been filed in the first place. But in voluntary mediation cases, roughly 75 percent of these individuals resolve most or all of their… Read More »

Marriage dissolution is an extremely emotional experience for everyone involved. For that reason alone, a trial is often the best way to resolve divorce matters, especially cases that are highly contested. But most of these cases, over 95 percent by some counts, are resolved out of court during settlement negotiations. Often, such negotiations take… Read More »

Is Mediation A Good Idea?

Before a session starts, 96 percent of divorce mediation participants believe that the process will be completely fruitless. They reason that if negotiation alone could solve their problems, they would not have gone to court in the first place. However, once the session is over, over 70 percent of these participants have resolved most… Read More »