The 14-year-old boy is already the third child killed in a Treasure Coast car accident in since Christmas 2017. The young man was a passenger in a 2018 Infinity as it travelled eastbound on Southwest Wildcat Trail near Tropical Farms Park. For unknown reasons, the 28-year-old driver lost control of the vehicle, which left… Read More » 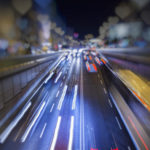 Shortly before jury selection was scheduled in a Palm Beach County Sheriff’s deputy’s reckless driving trial, new details emerged about the serious crash that he is charged with causing. In May 2016, even though he was told several times to break off the pursuit, the deputy was driving more than 100mph while looking for… Read More »