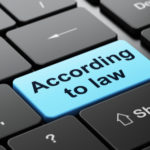 What is Florida’s Attractive Nuisance Law?

All property owners in Florida have a responsibility to keep their premises in a safe and clean condition so no one becomes hurt. This concept is known as premises liability law and while it may seem straightforward, in certain instances, it becomes a bit more complex. One of these complexities surrounds the state’s attractive… Read More »

In the wake of yet another serious mass shooting in the Sunshine State, the spotlight is once again on the owner’s inadequate security as a possible cause. One advocacy group called airports “soft targets” that “are naked and totally unprotected.” To avoid infringement on Second Amendment rights, the Transportation Security Agency allows passengers to… Read More » 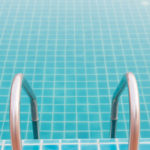 A toddler is in a local hospital after she apparently fell into an unattended backyard swimming pool. Doctors say the 10-month-old girl should recover, although she evidently swallowed large amounts of water. According to witnesses, an adult left the 10-month-old and her 2-year-old sister alone for a few minutes, and the woman suddenly heard… Read More »

Anatomy Of A Premises Liability Case

A fairly typical slip-and-fall case in South Florida, albeit one with a very atypical monetary damage amount, ended with a fairly typical result. After she allegedly slipped and fell on an access ramp at a Lake Worth shopping center in 2007, a 61-year-old woman underwent five corrective surgeries to repair damage to her spine… Read More »

The whole country is still talking about the 10-year-old boy who died a gruesome death on the world’s tallest water slide, and discussion is starting to focus on legal responsibility for the tragedy. The boy was decapitated as he plunged down the 168-foot Verruckt (German for “insane”) at the Kansas City Schlitterbahn water park…. Read More »

Did inadequate security at two area nightclubs contribute to the deaths of an estimated fifty people, and if so, are the landowners legally responsible for damages? In one incident, a 27-year-old man allegedly shot and killed a 22-year-old singer as she met with fans following an appearance at a local dance club. According to… Read More »

In a case that has significant landowner liability implications, four individuals are in custody after they allegedly cooked methamphetamines in a local hotel’s parking lot. Stuart police officers who responded to a disturbance call found a PT cruiser that contained a “significant” amount of methamphetamines, according to an affidavit. Police also say they recovered… Read More »

A teenage girl was discovered face-down near the bottom of a friend’s backyard swimming pool, and toxicology tests confirmed that she was extremely intoxicated immediately prior to her death. According to Lake County Sheriff’s deputies, a Lake Mack-area couple arrived home to find their 15-year-old daughter passed out in her room, and the girl’s… Read More »

The Impact Warning Signs have on a Slip, Trip, or Fall Claim

Slip, trip, and fall cases are common throughout the United States and increasingly common in Florida. Some individuals are fortunate enough to get back up right after a fall and continue tending to their affairs. Unfortunately, others are not so lucky. A slip, trip, or fall can happen in a split second; however, the… Read More »