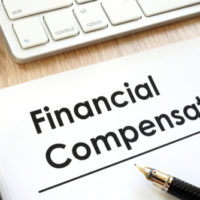 The ancient Code of Hammurabi may have contained the world’s first alimony law. In Section 137, the Code stated that once a divorced man had given his former spouse “her dowry, and a part of the usufruct of field, garden, and property,” she would then be truly free to marry “the man of her heart.”

Today, many people view spousals support in much the same way. In their view, alimony is a way to provide financial support to former spouses. Other people, however, interpret this portion of the Code in a different way. They insist that alimony, then as now, should even out the standard of living between the former spouses. Florida law, which dictates that a divorce should not be an unfair financial burden for either party, arguably supports this view.

Given this background of conflicting views, Florida law tries to walk the line between these two extremes, in terms of both the duration and amount of payments.

Florida judges have several options to give divorced spouses the financial support they need for as long as they need it. Typically, the party requesting alimony has the burden of proof to establish such a need. If there is sufficient evidence in the record, the judge may order, or the parties may agree to, one or more of the following:

Typically, all forms of alimony, except temporary alimony, can be modified based on changed financial circumstances. It’s also possible to adjust rehabilitative alimony due to a change in the plan or failure to follow said plan.

The following factors are designed to measure both the obligee spouse’s economic need and the obligor spouse’s ability to pay support:

That last factor looms large. Most Florida judges honor most agreements between the spouses, even if they are rather one-sided, as long as they were truly voluntary.

Alimony is a big part of most, but not all, Florida divorce proceedings. For a free consultation with an experienced family law attorney in Port St. Lucie, contact Eighmie Law Firm, P.A. We routinely handle cases throughout the Treasure Coast.