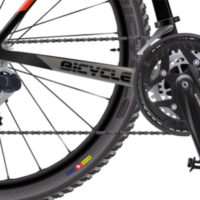 A rider apparently lost control of his bike after he collided with a turtle, but authorities believe there were other contributing factors as well.

The incident occurred on a darkened stretch of road in Indian Harbor Beach, and it was not immediately clear what entity is responsible for lighting in that area. Investigators believe that after the biker collided with the turtle and fell over, a motorist may have ran over his motionless body. The rider, whose name was not released, suffered a head injury and died at the scene.

Unfortunately, bikers must deal with many more hazards than a few wayward turtles. In 2015, the fatality rate in this area rose 12.2 percent, which is one of the largest year-over-year increases in history. In many Florida cities, the death toll rose even higher, because of the relatively low amount of bicycle traffic. Moreover, many cities in the Sunshine State have wide vehicle lanes that quickly move vehicle traffic but leave little room for designated bicycle lanes.

Such designated lanes reduce the risk of serious injury by up to 75 percent. Some of these serious injuries include:

Environmental factors cause many bicycle-vehicle collisions, for example, wet roads decrease tire traction and darkness decreases visibility. However, not all adverse environmental factors occur naturally. If the parking lot or other stretch of roadway is unusually dark because the owner failed to install and/or maintain proper lighting, the landowner is probably liable for damages. Florida basically uses a simplified common-law classification system to determine the duty of care:

Bicyclists risk serious injury with every trip they take. For a free consultation with an assertive personal injury lawyer in Port St. Lucie, contact Eighmie Law Firm, PA. We have three area offices.