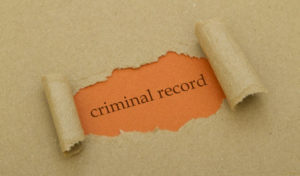 A criminal record often makes it difficult or impossible for a person to find a place to live or practice certain professions; moreover, these individuals often face considerable social prejudice. Fortunately, Florida has a rather broad expunction law that allows many people to either seal their records or have them deleted altogether. Additionally, there is an informal expunction process that is almost as effective and has no statutory qualifications.

Pretrial DPAs are very common in misdemeanor theft cases, assault cases, and perhaps even DUIs. Essentially, the prosecutor drops the charges after the defendant makes restitution, if appropriate, and completes some other program requirements, like anger management counselling or traffic school. In many cases, there may be additional requirements, like agreeing to a partial protective order or driving with an ignition interlock device for a few months.

In post-trial DPAs, defendants plead guilty or no contest and are ordered to complete probation. However, the judge does not enter a finding of guilt. If the defendant successfully completed the deferred adjudication probation – which normally includes paying a fine as well – the case is dismissed.

As mentioned earlier, even repeat offenders are technically eligible for a DPA. Therefore, if the defendant is a good candidate for probation, deferred adjudication may be a good alternative if available, and if the prosecutor agrees to dismiss the case before trial, that is even better. Bear in mind that the arrest record remains intact even after successful completion of a DPA. So, in the future, these individuals can truthfully say they were not “convicted” of the offense.

“Sealed” records remain in existence, and most government and law-enforcement agencies – as well as some private entities – can access them. “Expunged” records are either physically destroyed or turned over to the defendant. Otherwise, the effect is generally the same. In either case, there is no waiting period, so as soon as the judge signs the dismissal, the defendant can file a petition.

Either pretrial or post-trial remedies may be available that minimize or eliminate the negative consequences of criminal convictions. For prompt assistance from an experienced criminal defense lawyer in Port St. Lucie, contact Eighmie Law Firm, P.A. We routinely handle cases in St. Lucie County and nearby jurisdictions.