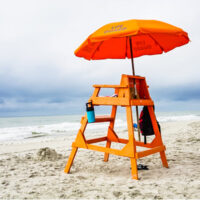 The family of a man vacationing at Myrtle Beach filed a lawsuit against the city and a beach services company after the father of two drowned attempting to save his children. According to the lawsuit, Myrtle Beach allowed the company to provide lifeguarding services in exchange for selling and renting beach equipment. However, as is predictable, the company focused more on making money than saving lives. With a perverse incentive system in place, beachgoers were not adequately protected from potential dangers and a woman lost her life as a result of that failure.

Myrtle Beach was faulted for setting up a careless incentive system with the partner company and the partner company was faulted for failing to provide services they had agreed to provide as part of the deal. The result of the lawsuit was a $20.7M verdict against the company for failing to provide adequate lifeguarding services. The City of Myrtle Beach was dismissed from the lawsuit on the grounds of sovereign immunity.

Negligence lawsuits against the government are mostly prevented by statute. A government can almost never be held liable for bad policy that results in injury or death. The government can be held liable when one of its employees commits an act of violence against a member of the public that falls well outside their official, established duties. Use of force lawsuits, for instance, are permitted to move forward. However, the department or city cannot be sued on the grounds of a negligent use of force policy. All departments, however, are required to have a use of force policy that sets the standard for use of force lawsuits. Hence, the bad policy that led to the death was not actionable. But in reality, it was nearly inevitable that such a death would occur at some time once the policy was put into place.

In fact, the United States Lifesaving Service wrote to the City about the matter as early as 2016 when they stated that the services provided at the beach were inadequate. The City ignored their complaints and continued business as usual. In addition to this negligence, alerts from the National Weather Service issued a rip current warning. The family says that they were never warned of the alert prior to going to the beach.

The family says that they were caught in a rip current and the father struggled to save his two children. When he called for a lifeguard, no one responded. They were too busy renting out beach equipment. Other beachgoers attempted to help but were unsuccessful. Eventually, his body washed up on shore.

Lifeguarding companies can be held liable for failing to provide adequate services to pool patrons or beachgoers. Call the Port St. Lucie personal injury lawyers at Eighmie Law Firm today to schedule a free consultation and we can begin drafting your claim immediately.