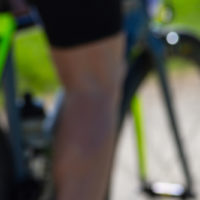 Every year, over 45,000 people are killed or seriously injured in bicycle crashes. That’s an alarmingly high number considering that bicyclists make up less than 1 percent of the traffic on Florida roads. Moreover, observers estimate that only one in ten of these wrecks are reported to police officers.

When a 4,000-plus pound car collides with a 20-plus pound bicycle at normal speed, the results are often tragic for the bicycle rider. When the car is moving even faster, the outcome is usually even worse. Serious injuries are very common in these cases, including:

If the victim sustains a serious injury in Florida, damages usually include compensation for medical bills and other economic losses. These victims are also entitled to money for pain and suffering and other noneconomic losses.

Some people are reluctant to help victims because they are afraid they may get sued. But in Florida and most other states, that possibility is very remote.

Doctors, nurses, and other medical professionals have almost absolute immunity. They are only liable for damages if they act with extreme recklessness or without good faith. That could be something like tossing an injured victim into a wheelbarrow and shoving it down a hill.

Laypeople have almost as much immunity. They are only liable for damages if:

Even if bystanders are technically liable, they are almost never named in lawsuits. So, if you see a car crash victim who needs help in Port St. Lucie, don’t be afraid to give whatever help you can.

Florida Statute 316.192, the reckless driving law, is very broad. It applies to “any person who drives any vehicle in willful or wanton disregard for the safety of persons or property.” Arguably, if the victim was injured, the tortfeasor probably violated this law. In civil court, the jury decides all questions of fact. That includes possible violation of safety laws.

An experienced attorney knows what doctrine to use in a car crash case.

Team Up With Assertive Lawyers

Bicycle-vehicle collisions often cause serious injuries. For a free consultation with an experienced personal injury attorney in Port St. Lucie, contact Eighmie Law Firm, P.A. Attorneys can connect victims with doctors, even if they have no money or insurance.