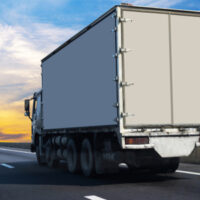 An out of control box truck smacked into a Mazda at the intersection of Port St. Lucie and Morningside.

First responders used the Jaws of Life to extricate two crash victims from the mangled Mazda. They were later airlifted to nearby hospitals with serious injuries. Investigators believe the box truck made an illegal turn, and that unsafe maneuver caused the collision.

None of the names were released.

Ordinary negligence is essentially a lack of care. Most noncommercial drivers have a duty of reasonable care. Most commercial drivers, including box truck operators, have a higher duty of care. Therefore, it is easier for a Port St. Lucie personal injury attorney to establish negligence in these situations. It’s also more difficult for the insurance company to use defenses and disprove liability. More on that below.

If one party committed a traffic violation, the negligence per se presumption usually applies. Tortfeasors (negligent drivers) are presumptively responsible for all damages if:

However, there is often a difference between fault at the scene and legal liability for damages. Intersection collisions are a good example. For example, the tortfeasor might have made an illegal turn and the victim might have been speeding.

Commercial operator claims often involve the respondeat superior doctrine. According to this legal rule, shipping or transportation companies are liable for the negligence of their drivers if:

Reach Out to an Assertive Lawyer