Breaking Down the Three Types of DUI Prosecutions 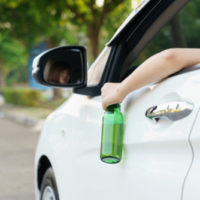 Police and courts have worked for years to reduce the number of alcohol-related crashes. Most of these efforts involve tough new laws, like the per se intoxication law and the refusal-to-submit law.

Yet despite these laws, all three kinds of DUI cases are winnable. They each require a different approach.

Complete refusal cases inevitably result in arrest. But when these cases get to court, the conviction rate is only about 40 percent. That’s because, to prove intoxication, the state must rely on weak circumstantial evidence, such as:

At best, this evidence only proves alcohol consumption, and most people must consume at least three or four drinks before they are legally intoxicated. So, a Port St. Lucie DUI defense attorney can almost always obtain a favorable result in complete refusal cases. That could be a not-guilty verdict at trial or a plea to a lesser-included offense, like reckless driving.

If the defendant performs field sobriety tests, the prosecutor has stronger circumstantial evidence of intoxication. So, in most jurisdictions, the conviction rate goes up to about 65 percent. It’s still possible to break down the three government-approved field sobriety tests, which are:

Unapproved field sobriety tests, like the finger-to-nose test, are usually either inadmissible or only admissible for limited purposes.

If the defendant blows into a Breathalyzer or provides a blood sample, the conviction rate is usually around 90 percent. Because of the aforementioned per se law, people with BAC above the legal limit are intoxicated as a matter of law.

Nevertheless, there are some ways to challenge chemical test results in court. That’s especially true of breath tests. The Breathalyzer has a number of flaws. For example, if the defendant burped or vomited in the fifteen minutes prior to the test, the excess mouth alcohol may skew the Breathalyzer results. Since there is basically no required monitoring period in Florida, this approach is often effective in .08/.09 and other borderline BAC cases.

Blood tests are harder to challenge. However, there may be a gap in the chain of custody or another technical evidence flaw.

Count on an Experienced Lawyer

There is usually a defense to all three types of DUI prosecutions. For a free consultation with an experienced criminal defense attorney in Port St. Lucie, contact Eighmie Law Firm, P.A. We routinely handle matters throughout the Treasure Coast area.