Can I Get A DUI While Riding My Bike? 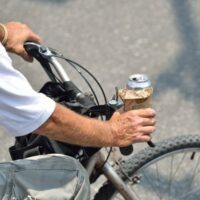 Every once in a while, a newspaper article pops in the local section about a Floridian who was arrested for DUI while on a bicycle, Segway, or some other device that is not a car or truck. By Florida rules, the definition of a vehicle for the purposes of DUI prosecution includes bicycles and other devices used purely for locomotion. This could even include wheelchairs.

However, Florida police officers tend to be busy folks. They do not routinely charge individuals riding their bicycles with DUI. In fact, it is quite rare that a drunk cyclist faces DUI charges, even though they can. In order to get yourself charged with DUI on a bicycle, you must be operating that bicycle extremely negligently. This means that you are either placing yourself or others in danger.

More typically, those using motorized scooters are charged with DUI after injuring themselves. Regardless of how or when these charges are filed, you can face a DUI for operating your bicycle negligently while intoxicated. In this article, we’ll take a look at what those charges look like.

What about points on my license?

Yes. The law is clearly unfair. But you can have your license suspended and get points on your license for operating a bicycle while intoxicated. The problem, of course, is that you don’t need a driver’s license to operate a bicycle or a golf cart. But if you have one, and you are arrested for a bicycle DUI, you can expect all the same penalties to apply that would apply if you were pulled over driving a car. Florida law has routinely allowed prosecutors to file DUI charges against individuals who are operating vehicles for which you do not need a license. The two areas of law that require licenses and assign penalties are considered separate. Still, it does not make a lick of sense to suspend someone’s driver’s license for operating a bicycle while intoxicated. In fact, you would prefer these intoxicated individuals ride their bikes home as opposed to getting behind the wheel of a car.

How to avoid bicycle DUIs

If it comes down to a choice between driving yourself home and riding your bike, you should choose your bike. The best way to avoid a DUI on a bicycle is to avoid police scrutiny. Most DUIs come into contact with police after they’ve been pulled over or been involved in an accident. If you cause an accident on your bike and it later turns out you were drunk, the police can charge you with DUI. However, they don’t go out of their way to pull over cyclists either. So if you are roughly competent on your bicycle, you should not have a problem. On the other hand, the police don’t need that reason to file DUI charges against a cyclist. So, be careful. You cannot be arrested for being the passenger of an Uber, which is something to consider.

The Port St. Lucie criminal lawyers at Eighmie Law Firm represent the interests of those charged with DUI. We also have a location in Stuart. Call today and we can begin preparing your defense immediately.