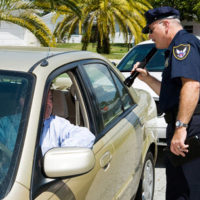 Almost all DUI arrests start with either an informer’s tip or a traffic stop, except those that involve DUI checkpoints. The prosecutor only needs to establish reasonable suspicion, which is a combination of facts and instincts which indicate that the defendant may have committed a crime. That “crime” could be almost anything, including speeding or driving with a broken taillight.

After the officer pulls over the suspect, in about 20 percent of instances, the driver refuses to provide a chemical sample. In nearly all these cases, the prosecutor must rely almost exclusively on the field tests. Like the circumstantial evidence used to justify a stop, the field test results are subject to interpretation, and the jury’s conclusion is the only one that counts.

There is no hard-and-fast rule regarding tips, as the Supreme Court has authorized judges to evaluate the tip’s reliability based on the totality of the circumstances. Some of the factors in this analysis include:

Prosecutors cannot work backwards in this area and argue that since the officer pulled over the correct defendant, the tip must have been reliable.

While tips mostly contain objective information, personal observation stops are nearly always based on subjective evidence. For example, if an officer stops a car for speeding and detects an odor of alcohol when s/he contacts the driver, the officer almost always says that odor is evidence of intoxication. But in fact, an odor of alcohol coming from the person’s breath only proves consumption, and an odor emanating from the driver’s clothes or from the inside of the car only proves that the driver had been in contact with someone who had been drinking.

“Beyond a reasonable doubt” is a much higher standard that reasonable suspicion or even probable cause, and that is the standard of proof in criminal court. To meet this high burden, prosecutors can probably only rely on the three approved field tests.

Officers sometimes administer unapproved field tests as well, such as the finger-to-nose test, but these tests are usually either inadmissible or only admissible for limited purposes.

The circumstantial evidence in many DUI cases is rather flimsy when closely scrutinized. For a free consultation with an experienced criminal law attorney in Port St. Lucie, contact Eighmie Law Firm, P.A. Home and jail visits are available.