Challenging the Two Main Components of a Drug Possession Case 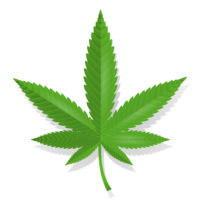 Simple possession cases have long been a staple in the seemingly endless War on Drugs. In fact, these prosecutions account for over 80 percent of all drug cases in St. Lucie County. Except in marijuana cases, drug possession is typically a felony. The exact severity of the offense usually depends on the type and amount of substance involved. Certain aggravating factors, such as the presence of baggies, cash, or weapons, may enhance the charges even further.

But in all these cases, the basic elements of drug possession are the same. If a Port St. Lucie criminal lawyer can erode even one element, it is usually possible to successfully resolve these cases. That resolution could be a complete dismissal of charges, a not-guilty verdict at trial, or a favorable pretrial settlement.

Was the Substance Illegal?

This issue may seem easy to establish in court. After all, police officers routinely testify that the substance at issue “field tested” positive as an illegal substance.

But these field tests are usually unscientific. Usually, field tests are not much more than sensory tests (the substance looked like, smelled like, or tasted like something illegal). Field tests are often wrong. In January 2019, officials freed a Florida man who was arrested and jailed for possession of heroin. Officers claimed they tested the substance and confirmed it was heroin. But that “heroin” turned out to be Tide laundry detergent.

There are some structural issues as well. Florida lawmakers recently legalized hemp production. That law defines hemp as a marijuana plant or product which has less than a 0.3 percent THC content. ‎Tetrahydrocannabinol‎ is the chemical in marijuana which makes people stoned or high. But currently, most Treasure Coast courts do not have access to advanced testing equipment which can determine THC content. So, there is no way to scientifically determine if a given substance is legal hemp or illegal marijuana.

On a similar note, the law sometimes does not keep up with technology. Sometimes, people are arrested for possessing a substance, like synthetic marijuana, which is not technically a controlled substance in Florida.

Did the Defendant Possess the Substance?

Once again, this question may seem like a no-brainer. But it is not. Under Florida law, possession is not the same thing as proximity. In court, prosecutors must establish two additional components:

Prosecutors must establish every element of possession, and every element of the offense, beyond any reasonable doubt. That’s the highest standard of proof in Florida. It’s much higher than probable cause, which is the standard of evidence officers must have to arrest a person.

Connect with a Tough Lawyer