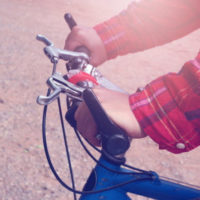 A Jensen Beach man faces multiple charges in connection with a fatal accident which involved a bicyclist and a failure to stop and render aid.

According to court documents, the man was northbound on Northwest Green River Parkway in a 2007 Pontiac when he fatally struck a bicyclist on the shoulder. The man immediately fled the scene, but a witness gave police a partial vehicle description. They used an engine coolant trail to locate a vehicle fitting that description. This vehicle had extensive damage consistent with striking a bicycle.

The victim was a 67-year-old man from Vero Beach.

In the above story, it took many months for authorities to even file charges against the tortfeasor (negligent driver). As the evidence is largely circumstantial, a trial may or may not bring closure.

Often, things move slowly in criminal court because of the high burden of proof in these cases. Authorities need substantial amounts of evidence to even make arrests. It’s even more difficult to convict people at trial.

But things work differently in Port St. Lucie civil courts. To file an initial claim, victim/plaintiffs usually only need a scintilla (tiny bit) of proof. Furthermore, the burden of proof is only a preponderance of the evidence (more likely than not). Items like intermittent coolant trails and suspicious-looking damage are more than sufficient to establish liability. So, things start sooner and end more quickly, for the most part.

Even if the tortfeasor (negligent driver) is not identified, many victims still have options. It’s usually possible to file a claim against one’s own insurance company in these cases. Such disputes often settle quickly, because the insurance company is eager to put the matters behind them and keep their customers happy.

Sometimes, the issue in a crash is not with the driver but with something else, such as a defective product or a negligently-designed roadway. In cases like these, the proper defendant is a person or entity other than the tortfeasor. So, identity is irrelevant.

Although cyclists account for only a tiny, tiny fraction of the traffic on Florida roads, they represent over 2 percent of the roadway fatalities. Moreover, the number of these incidents has increased significantly since 2014.

The fatality rate is disproportionately high because the injuries in these cases are so severe. Some of them include:

Due to the serious nature of these injuries, compensation is often substantial. But it’s not always easy to obtain. Many St. Lucie County jurors are prejudiced against bicycle riders, a phenomenon sometimes called “bikelash.” An experienced attorney must be prepared to deal with this issue, and other obstacles to fair compensation.

The duty of reasonable care extends to bicyclists. For a free consultation with an experienced personal injury attorney in Port St. Lucie, contact Eighmie Law Firm, P.A. We routinely handle cases throughout the Treasure Coast area.