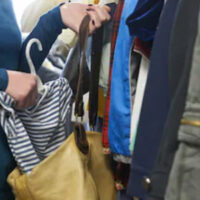 Theft is a very common criminal offense in Port St. Lucie but for those facing charges such as robbery or shoplifting, it is a very scary experience. Like in all other states, Florida law defines theft as taking or gaining control over someone’s property without their permission. Individuals convicted of any theft crime in the state will face harsh penalties, such as jail time and high fines. A conviction will also remain on a person’s criminal record, and defendants are also sometimes ordered to pay restitution to the victim.

To avoid these serious consequences, it is important to speak to a criminal defense lawyer that can advise on your case. A lawyer will most likely use one of the four most common defenses to theft found below.

You Had No Intention to Steal

In any theft crime, the prosecution must prove the defendant had the intent to take or gain control over someone else’s property without their consent. Proving intent is always very difficult, as proving what another person thinks comes with many challenges.

You were Not Stealing, You were Borrowing

It is not illegal to borrow something that belonged to someone else and so, this can sometimes serve as a legitimate defense. Whether or not this is an appropriate defense will depend on the facts of the case. For example, if someone accused you of shoplifting, it is unlikely that you were planning on returning the item to the store. However, if you borrowed your roommate’s vehicle and while you were gone they reported it stolen, you may be able to show fairly easily that you had every intention of returning it.

The defense of entrapment is largely misunderstood. To work as a defense, a law enforcement official must persuade or encourage you to perform a criminal act that you otherwise would have likely not committed. A law enforcement officer being involved in the crime is not enough to argue entrapment. They must have pressured you to take actions you would not have otherwise.

Our Criminal Defense Lawyers in Port St. Lucie Can Help with Your Defense

Theft crimes are taken very seriously in Florida and if convicted, you may end up serving jail time. To avoid this outcome, our Port St. Lucie criminal defense lawyers at Eighmie Law Group, P.A. can advise on which defense is best for you and build you a strong case that gives you the best chance of beating the charges. Call us today at 772-905-8692 or fill out our online form to schedule a consultation.