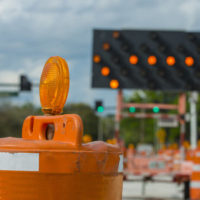 According to witnesses and the Florida Highway Patrol, the wreck occurred on Interstate 95 near the Fellsmere exit. A 46-year-old worker was apparently crossing the exit ramp to move a construction sign when the truck hit him. First responders rushed the stricken worker to a nearby hospital with critical injuries; he was subsequently declared dead. Investigators spent several hours at the scene trying to determine a cause.

This incident is the second fatal I-95 construction zone accident in as many months. In December 2016, two people died after a driver apparently lost control of a speeding car just west of Vero Beach on I-95.

Excessive speed is a factor in about a third of the fatal automobile collisions in Florida, and although the issue appears to be cut and dry, speed-related collisions often involve complicated legal factors.

Victim/plaintiffs have the burden of proof to establish negligence in civil court, and a traditional five-part negligence case is one way to make this showing.

The tortfeasor may not be the only person responsible for damages, because various third-party liability theories, such as the respondeat superior (“let the master answer”) doctrine, often apply. Employers are legally responsible for the negligent acts of their employees if:

For negligence purposes, almost all workers are “employees,” even if they were unpaid volunteers or other non-traditional employees. Moreover, these employers are inside the course and scope of employment if they performed any service that benefitted the employer in any way.

For prompt assistance with a car crash claim, contact an experienced Port St. Lucie personal injury lawyer from Eighmie Law Firm, P.A. today, because you have a limited amount of time to act.