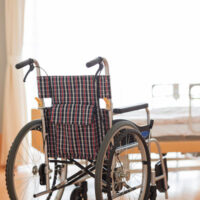 Obamacare (also known as the Affordable Care Act) created a patient’s bill of rights for nursing home residents. A recent lawsuit filed under the ACA alleges civil rights abuses were committed against one of the patients. This lawsuit could change the way lawsuits are filed against nursing homes, at least government-operated nursing homes. A consortium of nursing home lobbyists are hoping to get the U.S. Supreme Court to review a decision allowing a lawsuit filed under the ACA to move forward. Below, we’ll discuss the implications of that.

The majority of nursing home injury lawsuits are filed against private nursing homes under your state’s medical malpractice rules. In Florida, we operated under damage caps for decades. In other words, plaintiffs were limited in how much money they could recover from a negligent doctor or hospital. To boot, our state requires plaintiffs to provide expert witnesses who can comment on the veracity of their claim. In most states, both of these obstacles are in place. On top of that, the federal government limits injury claims against it leaving plaintiffs with at least three encumbrances on their personal injury lawsuit: Medical malpractice damage caps, sovereign immunity damage caps, and the requirement to get an expert witness to testify on your behalf, which costs a lot of money.

This has resulted in one lawsuit being filed as a civil rights lawsuit as opposed to a personal injury lawsuit. Two appellate courts have already ruled that the plaintiff’s lawsuit may proceed under this civil rights theory. It is important to understand that only government-run facilities can face this type of litigation. If SCOTUS doesn’t overturn the verdict, plaintiffs will have a much more lucrative angle to file nursing home negligence lawsuits.