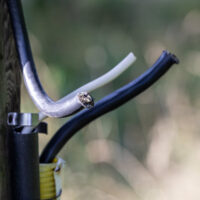 A Port St. Lucie couple is in jail after being arrested on charges of burglarizing two homes owned by Asian-American business owners. It is unclear if the burglaries targeted the homeowners because they were Asian or if it was merely coincidental. Both houses were cased prior to the burglary attempt, according to authorities, and the suspects waited for the homeowners to go to work before disabling the internet and cutting power to the alarm system. They made off with $100,000 in stolen goods and cash.

Police believe that the crimes resemble similar crimes committed across the state targeting Asian business owners. There has been an uptick in targeted attacks against the Asian community since it was announced that the origin of the COVID-19 virus was likely China. Since then, conspiracy theories pin the blame on China for engineering the virus or allowing it to escape from a lab. There is currently no evidence to support either claim, but it is considered impossible that the virus was engineered for the purpose of causing a pandemic. China maintains that the likely origin of the virus was a wet market in which wild animals are sold for food. China has since banned the practice of allowing poor rural people to sell fresh catches of wild game in a market environment.

So, burglary is not a good crime to be charged with in Florida. While second-degree and third-degree burglaries do exist, the vast majority of burglaries are charged as first-degree felonies. In this case, neither victim was home at the time of the burglary and there are no allegations of assault or battery. It is unclear how much property damage was caused, but the burglars had to cut the power and have been charged with criminal mischief. They are also facing charges of grand theft, two counts of criminal mischief, and the illegal use of a two-way communication device. Of these, the burglary charge is potentially the worst. However, since the residents were not home at the time, there is a good chance that the burglars will not be facing a 30-year sentence on a first-degree felony. Instead, they will be facing two counts of burglary in the third degree which carries a potential 5-year sentence on each count. Thus far, neither has been charged with a hate crime.

Last year, six California men were arrested for carrying out a prolific string of burglaries and robberies against Asian women. The men believed that Asian women didn’t use banks and thus had a lot of cash on hand. They also allegedly made ethnic slurs against the women as they were robbing them.

In New York, 8 men were arrested for committing over 50 burglaries against Asian Americans. They targeted individuals at Asian-owned restaurants using GPS trackers to locate the victim’s homes. Again, the stereotype that Asians keep their valuables in their homes played a role in the targeting.

Eighmie Law Firm represents the interests of those charged with crimes in Port St. Lucie. Call our Port St. Lucie criminal lawyers today to schedule a free consultation and we can begin preparing your defense immediately.