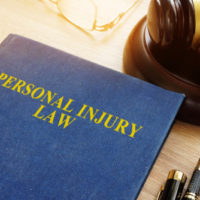 As we pass the halfway mark of 2018, Interstate 95 is the most deadly stretch of roadway in the Treasure Coast. And, the situation may only get worse in the year’s second half.

Nine of the regions forty-one fatalities from January through June 2018 occurred on I-95. The number of car crash fatalities has actually dipped slightly when compared with previous years. Normally, the first six months see forty-four car crash deaths. Other dangerous stretches of roadway include Highway 1 with six fatalities and the Florida Turnpike with four deaths over the same period.

Officials recently raised I-95’s speed limit to 70mph on all parts of the roadway as construction crews in Indian County finished their work and reopened all lanes.

Excessive velocity is a factor in about a third of the fatal car wrecks in Florida. Speed magnifies both the risk of a collision and the injuries that victims sustain in these impacts.

A fast-moving car does not stop on a dime. In the few moments that it takes for drivers to see a hazard or situation ahead, move their feet from the accelerator to the brake, depress the brake pedal, and safely stop the car, most passenger vehicles travel six car lengths at 30mph. At 60mph, this distance, which is called stopping distance, triples to sixteen car lengths. Other factors, such as wet roads or vehicle weight, increase stopping distance even further.

In other words, it is very difficult to control a fast-moving car even if the weather is clear and dry. Furthermore, modern speed limits do not have a safety-first approach. Instead, decision-makers set these limits to keep traffic moving as fast as possible.

Speed also transforms routine “fender-bender” mishaps into serious injury collisions. There’s an old urban legend that a penny dropped from the top of the Empire State Building in New York would kill a pedestrian on the street. That is not exactly true. The unfortunate pedestrian would just get a rather bad headache. However, that story does illustrate Newton’s Second Law of Motion, viz, speed multiplies the force in a collision between two objects.

The additional force does not just affect the first crash, which is vehicle against vehicle. Speed also multiplies the force in the second impact, which is people against objects. These objects include dashboards and steering columns. The same effect applies to cell phones and other loose objects in the passenger area.

Sometimes, just the speed alone causes serious injury. That is certainly the case with whiplash. If a person’s head is thrown forward and then suddenly snaps back, the motion damages the nerves in the neck. The resulting whiplash causes severe headaches and other serious symptoms. These maladies sometimes last for months, even if the victim undergoes the proper type of physical therapy.

That’s assuming that a doctor even properly diagnoses whiplash. This soft tissue injury does not appear on X-rays and other common diagnostic tools. Yet the injury itself is very real.

An attorney takes care of both these issues. Even if the victim has no money or insurance, an attorney can arrange for medical care. Moreover, this care comes from a doctor that’s experienced with Port St. Lucie car crash injuries.

Speed kills. For a free consultation with an experienced personal injury attorney in Port St. Lucie, contact Eighmie Law Firm, P.A. Attorneys can connect victims with doctors, even if they have no money or insurance.