Do You Have to Answer a Police Officer’s Questions? 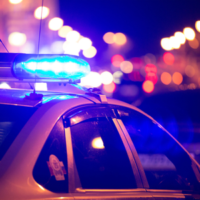 When people are arrested for a criminal offense, or they are even just stopped by police, they sometimes hurt their case before it has even started. In these situations, law enforcement officers ask questions and people think they are required to answer them. They become nervous and so, they provide answers that are later taken out of context and used against them.

All citizens in the country have certain rights under the United States Constitution. One of these is the Fifth Amendment, which states that you do not have to answer questions from law enforcement if it is going to incriminate you. For example, if you are pulled over because a police officer suspects you are drunk, they may ask you if you have been drinking. You are under no obligation to tell them that you had a couple of beers before getting behind the wheel, even if it is true.

The Constitution also provides the right for you to speak to an attorney if you are taken into police custody, and to have your attorney present any time law enforcement wants to question you.

Movies and television shows are often depicting law enforcement officers as reading a person the Miranda rights when arresting them. Due to this, many people think they are well-versed in these rights and what they cover, but that is not always the case. The Miranda warning was the result of the landmark case, Miranda v. Arizona that was heard in front of the U.S. Supreme Court in 1966. Many people understand that this warning gives people the right to remain silent. If a person is not read the warning and makes statements that hurt their case, those statements are inadmissible in court.

However, many people do not realize that the right to remain silent does not begin when an officer starts speaking to someone. While you are certainly under no obligation to speak to police officers, anything you say before you are placed under arrest is considered a voluntary statement and so, they are considered admissible in court. As such, anything you volunteer at this point can be used against you.

If you have been charged with a crime, it is important that you speak to our Port St. Lucie criminal lawyers before you say anything to the police. At Eighmie Law Firm, P.A., we know that you have rights and how to uphold them so nothing hurts your case. Call us today at 772-905-8692 or fill out our online form to schedule a consultation with one of our skilled attorneys.