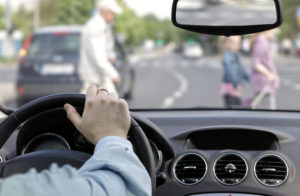 A driver on Interstate 95 struck and killed a pedestrian described as a man in his 70s.

According to the St. Lucie County Fire District, authorities responded to the scene about a mile south of Gatlin Boulevard to discover that a motorist had hit a man walking in the roadway while wearing a hospital gown. He was pronounced dead at the scene.

No other information was available as authorities continued their investigation.

Over 150,000 people a year are either killed or seriously injured in pedestrian-auto crashes each year. The serious-injury percentage is much higher among pedestrians because a steel cocoon and multiple restraint systems exist to protect vehicle occupants, but pedestrians are completely exposed to danger. Some of the serious injuries they sustain include:

The above story may involve an interesting application of the sudden emergency defense. This doctrine forgives a tortfeasor’s (negligent driver’s) liability if the driver acted in response to a sudden roadway emergency. There are two prongs:

As mentioned, pedestrian-related events are normally not sudden emergencies, because most drivers will probably see at least one pedestrian cross against the light on their way to and from work. But in the above story, the man was apparently walking in the traffic lanes on an interstate while wearing a hospital gown, which is certainly an unexpected situation. The judge would have to decide whether or not the sudden emergency defense applies, because its application is a legal question. If the defense is inapplicable, the victim’s family could be entitled to significant compensation because of the wrongful death.