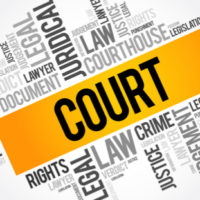 When the Founding Fathers wrote the Constitution, they probably did not imagine the massive police powers that the government would later claim. Over the years, courts used obscure passages like the interstate commerce clause to create law enforcement bodies with powers that were unheard of in democratic states.

This same Constitution, however, also guarantees individual rights on an unheard of scale. These rights are particularly important in drug cases. Although these provisions exist, they are only ink on paper unless an aggressive Port St. Lucie criminal defense attorney stands up for your rights in court.

During police interrogations and court proceedings, defendants have the right to remain silent. This right also includes performing tests or consenting to warrantless searches. In court, defendants need not testify unless their attorney recommends they do so.

Significantly, this refusal cannot be used against defendants at trial. Prosecutors cannot say things like “the defendant must have something to hide because s/he did not testify.” The state must overcome the presumption of innocence without such remarks.

The right to counsel is limited in some situations. For example, defense attorneys cannot be in the same room with their clients during grand jury proceedings. Additionally, defendants cannot talk to their lawyers in these situations unless they ask for permission. Such inquiries make a bad impression in front of a jury.

But during a drug trial, defendants have the right to effective counsel. That means more than the right to appear in court. Defense attorneys may inspect evidence and challenge it. If attorneys can get seized drugs excluded, it’s almost impossible for the state to prove the charges beyond a reasonable doubt.

In general, when people think no one else is looking, they often take shortcuts. That’s certainly true of certain law enforcement drug investigations, which is why it’s so important to have an assertive lawyer.

So, public trials keep witnesses, judges, and prosecutors from taking shortcuts which affect the defendant’s rights.

The judge may limit rights under the Confrontation Clause in certain situations. For example, in some sex crimes cases which involve child victims, the judge may permit the child to testify via remote video feed. A similar issue sometimes comes up in drug cases, if one of the witnesses against the defendant is a confidential informant.

But this right is a very important one, and it outweighs the witness’ comfort level or ability to make more money as a paid informant. Typically, witnesses in drug trafficking cases are not disinterested. Perhaps they got paid to provide information, or perhaps they have a personal bias against the defendant. The jury must know these things.

The Supreme Court recently upheld the separate sovereignties exception to the Double Jeopardy clause. So, if the state prosecutes a defendant for drug trafficking, the federal government may be able to prosecute the defendant again for substantially the same crime.

But the double jeopardy clause itself remains intact. So, if the jury finds the defendant not guilty on a technicality, prosecutors cannot bring reckless conduct or other such charges. At that point, the defendant is legally clear.

Work with an Assertive Lawyer