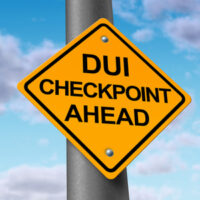 DUI roadblocks are an exception to the reasonable suspicion rule. Police officers can detain motorists at checkpoints simply based on their position in a line of vehicles. However, this power is not absolute, as outlined below.

If a Port St. Lucie criminal defense lawyer shows the stop was illegal, anything that happened after the stop, including the defendant’s performance on field sobriety tests and BAC level, is inadmissible. As a result, the prosecutor’s case collapses like a house of cards.

Motorists must answer basic “name, rank, and serial number” questions. They must also produce certain documents, such as a drivers’ license and proof of insurance, for inspection. However, they need not answer any other questions, such as “Where are you heading tonight?” In fact, they do not even have to roll down their windows and interact with officers.

DUI checkpoints must have certain start times and certain end times. They cannot remain in operation until attending officers hit a certain ticket or arrest quota. There is no hard-and-fast rule about a reasonable time, but generally, anything longer than about two or three hours is too long.

Similarly, there is no black-letter rule for what constitutes a reasonable place. However, the location must put safety first, and not law enforcement first. The roadblock cannot be on a freeway exit ramp. Additionally, the checkpoint cannot be in any area of town. The roadblock must be in an area where there are a high number of drunk drivers.

For the most part, every operational detail must be set in stone. The supervisor cannot authorize a checkpoint, provide a policy outline, and let field officers fill in the blanks.

The only major exception to the no-discretion rule is in the manner of pulling over vehicles. The formula must always be neutral, such as every third or fourth vehicle. Officers cannot wave some people through and stop others who do not “look right.”

Once traffic backs up, field officers can change the detention formula to every fourth or fifth vehicle. If motorists must wait more than about twenty seconds, the delay is unconstitutionally long, per the “unreasonable time” standard mentioned above.

Work With a Tough Lawyer