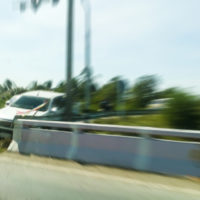 Human error causes over 90 percent of the car crashes in Florida. While a few of these incidents are unavoidable accidents, most occur because of driver negligence. Victims in these cases are entitled to substantial compensation, especially if they suffer a “serious” injury as that term is defined in Florida law.

A legal violation, like running a red light, causes many of these vehicle collisions. Therefore, the negligence per se rule has broad applicability in Port St. Lucie. Under this doctrine, most tortfeasors (negligent drivers) are liable for damages as a matter of law, provided that the statutory infraction substantially caused the victim/plaintiff’s damages.

In all these cases, damages include compensation for economic losses, such as medical bills, along with pain and suffering and other noneconomic damages. Punitive damages may be available as well, in some extreme cases.

Excessive velocity is a primary contributing factor in about a third of the fatal car crashes in Port St. Lucie. Newton’s Second Law (a = Fnet / m) tells us that speed multiplies the force in a collision between two objects. So, the faster the tortfeasor is travelling at the moment of impact, the more severe the injuries.

Speed also has a multiplying effect on stopping distance. At 30mph, most cars travel six car lengths in the time it takes the tortfeasor to see a hazard, apply the brakes, and safely bring the car to a stop. At 60mph, stopping distance triples to eighteen car lengths.

This depressant slows reaction time and impairs judgment. These two brain functions must be in top shape to safely operate a motor vehicle. In most cases, impairment begins with the first drink. So, even if the tortfeasor is not legally intoxicated, the tortfeasor is still too impaired to drive. Other substances, such as prescription painkillers and many over-the-counter sleep aids, gave similar effects.

Drowsiness also affects the brain in roughly the same way as alcohol. As an example, driving after eighteen hours without sleep is like driving with a .08 BAC. Many people who would never dream of drinking and driving will drive home after a very long day at the office and think nothing of it. But as far as the brain is concerned, the two events are similar. Rest is the only cure for drowsiness. Stopgaps like rolling down the window or drinking coffee usually only make the situation worse, because these things create a false sense of security.

This problem goes well beyond hand-held cell phones. Distracted driving is any behavior which causes drivers to:

Car crashes have many causes, but driver error is almost always the common denominator. For a free consultation with an experienced personal injury attorney in Port St. Lucie, contact Eighmie Law Firm, P.A. An attorney can connect victims with doctors, even if they have no money or insurance.