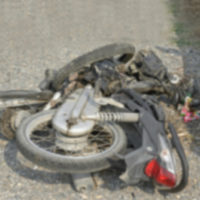 A 49-year-old man may spend the next forty-five years in prison following an alcohol-related, hit-and-run crash that killed a motorcycle rider.

Prosecutors said that “It goes against all common decency to leave someone after a crash by the side of the road like an animal.” According to investigators, the man had a BAC of approximately .25 — more than three times the legal limit — when he hit and killed the 25-year-old motorcyclist. Despite conflicting witness accounts, officers were able to locate the man’s damaged 1999 Chevy Astro van. When first questioned, the man claimed he did not see the motorcycle rider. He later changed his story and said the motorcyclist hit him.

Circuit Judge Dan Vaughn sentenced the man to the maximum on both counts (thirty years for fleeing the scene and fifteen years for DUI manslaughter) and ordered them served consecutively.

Alcohol impairment begins much sooner than .25. In fact, most all drivers are dangerously impaired after just one drink. So, in civil court, evidence of consumption is just as good as evidence of intoxication. Signs of alcohol consumption include:

If the tortfeasor (negligent driver) was charged with DUI, liability is even easier to establish, because of the negligence per se rule. In Florida, tortfeasors are liable for damages as a matter of law if they:

In most cases, these damages include compensation for both economic losses, such as medical bills, and noneconomic damages, such as pain and suffering. Additional punitive damages may be available as well in extreme cases.

An extremely high BAC limit, coupled with leaving the scene of a fatal accident, arguably qualify as such. To receive punitive damages, the victim/plaintiff must present clear and convincing evidence of extreme recklessness. A punitive damages cap may apply, in some cases.

Florida has one of the lowest auto insurance minimums in the country, as well as one of the highest percentages of uninsured motorists in the nation. So, in catastrophic injury situations, the tortfeasor may not have sufficient insurance coverage to provide fair compensation.

Fortunately, Florida has a rather broad dram shop law. Commercial alcohol providers are liable for car crash damages if:

Evidence of habitual addiction includes things like prior credit card receipts from the same establishment and any statements the tortfeasor made to employees.

Even if the tortfeasor is not identified, compensation may still be available. Many victims in these circumstances may file claims against their own insurance companies. These claims often settle rather quickly and on victim-friendly terms. The insurance company wants to keep its customer happy.

Alcohol-related crashes often cause catastrophic injuries. For a free consultation with an experienced personal injury attorney in Port St. Lucie, contact Eighmie Law Firm, P.A. We have a number of offices in the Treasure Coast area.