Getting Around The Graves Amendment In Port St. Lucie 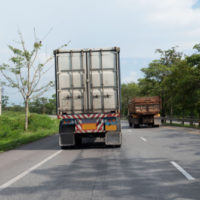 Large moving trucks from Ryder, U-Haul, and other providers are very difficult to operate. That’s especially true during moves into a new house or apartment on a winding Port St. Lucie side street. Vehicle collisions happen a lot in these circumstances. But because of an obscure provision in a huge transportation bill, it is difficult for victims to obtain compensation in court.

In 2005, lawmakers enacted 49 U.S.C. 30106. A few years earlier, a large vehicle rental company threatened to pull out of Connecticut and several other states that had victim-friendly commercial negligent entrustment laws. These provisions hold rental companies liable when they lease their vehicles to incompetent drivers that cause accidents. Congressman Sam Graves (D-MO) intended the Graves Amendment to override these laws under the Constitution’s Supremacy Clause.

However, like many legislative afterthoughts, the Graves Amendment has a number of holes. A skilled attorney can get passed this provision, so Florida victims can get the compensation they truly deserve.

The “Trade or Business” Requirement in Florida

49 U.S.C. 30106 defines some terms in the law, such as “affiliate” and “owner.” However, it does not define this key phrase in Section (a)(1). Immunity from a vicarious liability action only applies in St. Lucie County if the owner or affiliate was engaged in the “trade or business” of renting vehicles.

As the Graves Amendment was essentially a policy rider, Congress conducted no hearings on the issue. Furthermore, there is almost no recorded debate with regard to the bill. So, it’s impossible to determine, from the law and the limited legislative history, what lawmakers really meant by this phrase. Rep. Graves said he wanted to protect small, family-owned vehicle rental outlets. But that generalization is extremely vague.

When lawyers need to interpret a legal provision, they turn to the law. Arguably, the closest provision is in the Uniform Commercial Code. The UCC controls the sale of goods in Florida. Section 2-104 defines a “merchant” as “a person who deals in goods of the kind or otherwise by his occupation holds himself out as having [special] knowledge or skill.” There are two provisions in this definition, and it’s hard to see how either applies to most vehicle rental companies in Florida.

Many rented moving trucks come from moving and storage companies which also have a few trucks to rent. These merchants do not deal in goods of that kind, at least arguably. Furthermore, the owners of these businesses have no specialized knowledge with regard to the truck. They can tell you how to turn on the air conditioner, but they cannot tell you its BTU capacity.

The “Not Otherwise Negligent” Requirement in Port St. Lucie

When lawmakers approved the Graves Amendment, it was almost impossible to verify a driver’s license beyond a visual inspection. The standard of care did not include running a driving record check. Over a decade later, technology has made such checks much more feasible.

In 2005, a Florida agent who did not actually verify that the lessee had a valid license was clearly not negligent. In 2018 and beyond, that’s no longer true.

Arguably, it is certainly negligent to knowingly lease a vehicle to a person with an invalid license. That individual is incompetent as a matter of law according to the negligent entrustment rule. If the lessee had a very poor driving record but his/her license was technically valid, the victim/plaintiff may need to present additional evidence to establish liability.

Team Up With Experienced Lawyers

The Graves Amendment does not necessarily derail your commercial negligent entrustment claim. For a free consultation with an experienced personal injury attorney in Port St. Lucie, contact Eighmie Law Firm, P.A. We do not charge upfront legal fees in negligence cases.