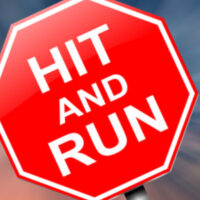 Authorities quickly tracked down a driver who fled the scene after striking a pedestrian who was trying to cross the street. But what happens if police do not catch the bad guy?

This time, onlookers flagged down responding officers and directed them to the responsible driver, who was a short distance away. Few other details were available, except that emergency responders rushed the seriously-injured pedestrian to a nearby hospital.

Most pedestrian accidents are high speed wrecks. Generally, these collisions occur outside marked crosswalks and on major streets with high speed limits. Some of the serious injuries in these cases include:

Because damages in pedestrian accidents are often so high, many insurance company lawyers try their best to reduce or deny compensation. Frequently, these efforts involve the sudden emergency defense. This legal loophole excuses negligent conduct if the tortfeasor (negligent driver):

Neither of these elements usually applies to hit-and-run pedestrian accidents. Fleeing the scene of a crash is clearly not a reasonable reaction. Furthermore, a jaywalking pedestrian is usually not a “sudden emergency.” These events are limited to hood fly-ups, lightning strikes, and other completely unexpected situations.

Unless the tortfeasor was apprehended at or near the scene, or voluntarily surrenders later, police officers rarely close these cases. Frankly, even if the victim was seriously injured, police officers often quit. They frequently see car accidents as civil disputes which do not merit law enforcement attention.

An attorney, often working in partnership with a private investigator, knows how to track down tortfeasors. Some common tactics include:

The low burden of proof often comes into play here. Victim/plaintiffs must only prove facts by a preponderance of the evidence (more likely than not). So, a little evidence goes a long way.