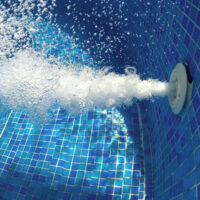 The family of an 83-year-old man who drowned in a hot tub has filed a lawsuit against a homeowner’s association that facilitated the hot tub, the management company that oversaw the grounds, and the pool company that serviced the clubhouse and the jacuzzi. According to the plaintiffs, the hot tub was 10 degrees hotter than the temperature that experts recommend. An ME who performed an autopsy concluded that the man died of drowning but offered no explanation as to why. Further, the ME’s report did not discuss any underlying conditions that could have contributed to the man’s untimely death. A lawyer representing the plaintiffs says the man was in good health at the time of his death. The man was in the hot tub alone, according to reports. There were people nearby, but they said that they could not see the man and he did not make any noises indicating he was in distress. A crime scene investigator discovered the water was 114 degrees at the time of the man’s death.

The Consumer Product Safety Commission puts the maximum temperature of a hot tub at 104 degrees. Anything more can cause the body temperature to rise resulting in heat stroke, drowsiness, and loss of consciousness. Additionally, the Mayo Clinic’s research indicates that the chances of fainting increase substantially in water that is more than 104 degrees. Hot water reduces blood pressure which can lead to fainting.

The incident occurred in a clubhouse that was likely an amenity offered to residential tenants of the apartment complex or condo. The duty of care to ensure that the temperature of a hot tub was at safe levels would fall squarely on the pool management company. In this case, the pool was more than 10 degrees above safe levels which accounts for the man’s fainting and drowning. Since the duty of care is on the pool management company to ensure that the hot tub is safe for use, the liability falls on them for the death. Leaving the jacuzzi at unsafe temperatures was the negligence that led to the man’s death.

The pool management company will go over the man’s personal medical records to determine if there was any possible reason a pre-existing heart condition could have contributed to the death, but they can never explain away the fact that the jacuzzi was kept at an unsafe temperature. Is this enough for the plaintiffs to win their case? In fact, it’s more than enough.

While we’re used to seeing prosecutors on TV prepare cases beyond a reasonable doubt, no such requirement exists for personal injury attorneys. We only have to prove our case by a preponderance of the evidence. That means that the claims made by the plaintiff need to be more likely than not. Since the pool company and related entities placed an unsafe product into an area where it was expected to be used, someone used it, and died as a result of that use, there is very little the pool company can say in defense unless the plaintiff himself increased the temperature of the jacuzzi.

If you have been injured due to the negligence of another party, call the Port St. Lucie personal injury attorneys at Eighmie Law, P.A. today to schedule a free consultation and learn more about how we can hold the negligent party accountable.