How One Veteran Ended Up In Prison After His Child Died 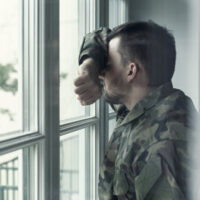 One veteran who was stationed in Florida faced charges over the death of his son which occurred in Alabama. His wife was responsible for the death. The child died of neglect. She was later charged with the death, but it turned out that she had a baseball-sized tumor on her brain. Instead of dropping the charges, prosecutors pursued the case, this time against the veteran who was stationed in Florida at the time of the death. They claimed he ignored warning signs that his wife was unstable. He was charged with culpable negligence and homicide which in Alabama is considered manslaughter.

Manslaughter is not a crime of neglect. You have to do something to cause manslaughter. It remains unclear how the veteran was convicted on such a charge. The defendant, in this case, decided to plead guilty, waiving any right he might have to appeal. In some cases, pleading guilty can result in the judge waiving your prison sentence, especially in a case like this where the defendant didn’t do anything wrong.

Police officers and prosecutors can be moved to rage by a crime scene. In this case, the conditions they found the child in were beyond contemptible. They did not know at the time that the mother had a brain tumor. When they realized that the mother was not prosecutable, they focused their rage in another direction.

The law is supposed to protect the public from these sorts of prosecutions. But it occasionally fails. It remains unclear what sort of case they had against the husband. They would have had to have proven what he knew at the time. If he knew his wife had a brain tumor, if her behavior was aberrant, and if she were could not be responsible for the children. If the police had any evidence of what he knew, then it still wouldn’t be enough for a criminal prosecution because he is not a doctor and is not authorized to make medical decisions.

Prosecutors pointed out that the father had been home a week before the child’s death occurred. The wife has been sentenced to 4 years in prison despite the brain tumor and the husband was given a longer sentence even though he was in Florida at the time of the death. The prosecution maintains that both parents had a responsibility to ensure the safety of their children and that failure is actionable under the law.

In this case, the defendant could have fought the charges and rolled the dice in front of a jury where the prosecution insinuated that he knew the child was in danger and is thus guilty of manslaughter. It seems, in this case, like a bad deal.

Eighmie Law Firm represents the interests of those charged with crimes. Call our Port St. Lucie criminal lawyers today to schedule an appointment and we can begin discussing defense strategy immediately.