If I Get in a Fight, Will I Be Charged With a Misdemeanor or a Felony? 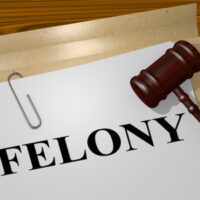 As the mercury begins rising in Florida, the state will probably file more assault charges in court. Generally, St. Lucie County prosecutors file the most aggressive charges that the facts could possibly support. That usually means felony assault charges. But that’s not always the case.

These harsh consequences are not inevitable. A Port St. Lucie criminal defense attorney can normally resolve these charges successfully, mostly because the state’s burden of proof is prohibitively high in many cases.

Prosecutors almost never initially file Assault By Contact charges. This offense resembles common-law battery. The state only needs to establish a harmful or offensive touch. So, physical injury is not an element of ABC. Additionally, maliciousness is not an element either. Prosecutors must show the touch was intentional, but that only means the touch was not accidental.

Generally, ABC carries no potential jail time. That usually means no court supervision of any kind. Most people only have to pay fines. Additionally, these arrest and conviction records are usually either expungeable or sealable in Florida.

If the state’s evidence is weak, many prosecutors reduce ordinary assault charges to ABC, provided the offense did not involve domestic violence.

Almost all assault cases are misdemeanor assault crimes. Typically, if the alleged victim received first aid, ordinary assault charges could hold up in court. The state must prove injury, but that injury could be a red mark, bruise, or small abrasion.

These cases often have proof problems in court. Police officers rarely witness the assault. So, prosecutors must depend on civilian witnesses. Frequently, both parties were drinking at the time, so the alleged victim’s recollection is sometimes spotty.

Additionally, many alleged victims refuse to cooperate with authorities. Technically, prosecutors could subpoena these individuals and force them to testify against their will. But that rarely happens in practice.

As mentioned, prosecutors sometimes reduce weak ordinary assault cases to ABC, unless the offense was a domestic violence assault. Nearly all these incidents involve a husband defendant and a wife alleged victim. However, Florida law broadly defines domestic violence to include non-marital relationships, such as a dating relationship or two people who have a child together.

Prosecutors normally press felony charges if the victim was in a protected class or the assault itself was unusually vicious.

Police officers and other first responders are usually in a protected class, assuming they were discharging their official duties at the time. So, if a police officer made an illegal stop or was moonlighting as a security guard, aggravated assault charges might not hold up in court.