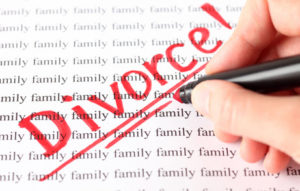 Hollywood power couple Brad Pitt and Angelina Jolie apparently had a prenuptial agreement that divides their property, but the divorcing parents may be digging in for a child custody fight.

According to multiple sources, Mr. Pitt and Ms. Jolie signed a prenuptial agreement that covered between $400 million and $500 million in property, including a sprawling chateau in southeastern France (the 35-room house also includes a moat and a private lake), an apartment in New York City, and a large mansion in New Orleans. Some observers insist that the agreement is “ironclad.” In her divorce petition, Ms. Jolie asks for legal custody of the couple’s six children; her filing came just a few days after Mr. Pitt allegedly hit one of the children during a flight between France and the United States. Mr. Pitt has also demanded legal custody in court documents.

No legal agreement is ever “ironclad,” but under the Uniform Premarital and Marital Agreements Act, which is effective in every state except Colorado and North Dakota, it is rather difficult to overturn these contracts, assuming they meet the qualifications under the statute. That’s because most judges in general, and family law judges in particular, are anxious to enforce agreements between the parties that are voluntarily made and not excessively one-sided. Under the UPMAA, these agreements are enforceable if:

Spousal agreements can cover almost any financial matter, including alimony, but cannot include any provisions regarding child custody or child support.

An abuse allegation is perhaps the most serious charge that one parent can level against another one in a divorce case. In Florida, and in most all other states, an abuse finding is normally sufficient to deny both custody and regular visitation. Both men and women may make such charges, and unfortunately, both men and women have been known to fabricate these allegations to gain the upper hand in a child custody dispute.

In most of these cases, a judge will order a social services evaluation. A state social worker examines the file, interviews the principals, talks to witnesses, and otherwise conducts a very thorough investigation. After they submit their reports, most judges give them a great deal of deference, and a favorable or unfavorable social services evaluation is sometimes the most critical piece of evidence in the case.

An aggressive attorney can help parties prepare for these reports and put their best foot forward. Additionally, an attorney can ask the judge to appoint a guardian ad litem to represent the children during the suit, so the judge has as much information as possible.