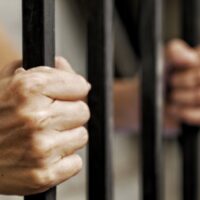 Of all the individual rights guarantees in the Bill of Rights, the Eighth Amendment’s guarantee of reasonable bail has traditionally been one of the most overlooked ones. However, this mandate has garnered some attention lately. Some states, such as California and New York, have limited or eliminated the cash bail system because, advocates say, it is not a fair system.

This system is still alive and well in Florida. So, Port St. Lucie criminal attorneys have additional options in terms of jail release. That’s a good thing. Frequently, jail deprives defendants of the presumption of innocence. Most people assume that if people are in jail, they did something wrong. And, without the presumption of innocence, it’s much more difficult to successfully resolve criminal matters.

OR release is basically like signing a traffic ticket. If drivers sign citations, they agree to appear in court at a later date. Pretrial release is essentially the same.

This form of release usually costs nothing. It is usually available if the defendant has no criminal history and is charged with a nonviolent misdemeanor.

OR release is not completely unconditional. Generally, defendants must also obey most of the other conditions of bail, as outlined below.

When people rent apartments or houses, they usually must put down security deposits. If they fulfil all lease conditions and do not damage the property, they get the deposit back when they move. Cash bail is basically the same. The defendant gives money to the sheriff, who then releases the defendant. If the defendant fulfills all conditions, the defendant gets most of that money back.

Generally, the sheriff sets a presumptive bail amount based on the severity of the offense and the defendant’s criminal record. If that amount is too high, or the sheriff denies bail for some reason, an attorney can request a bail reduction hearing. At this hearing, the judge considers a number of other bail factors, such as:

Standard bail amounts are usually about $750 for a misdemeanor and $2,000 for a felony. These amounts can vary significantly. Unfortunately, for most people, $750 might as well be $750,000. In these cases, another alternative might be available.

A bail bond is a surety agreement. The defendant pays a premium to a bonding company. This nonrefundable premium is usually about 15 percent. Then, the bonding company delivers the surety bond to the sheriff, who releases the defendant.

Generally, the bonding company bears the entire financial risk. There’s usually no need for additional collateral. If the defendant fails to abide by bail conditions, the company is responsible for the cash amount. So, these companies often send bounty hunters to find wayward defendants, especially if the bond amount is extremely high.

In all three of the aforementioned cases, defendants must abide by all bail conditions. Common conditions include appearing at all required hearings, reporting to a bail agent, and remaining in the county. The judge might also impose offense-specific conditions, such as no contact with an alleged crime victim, electronic monitoring house arrest, or an ignition interlock device.

Connect with a Hard-Hitting Lawyer