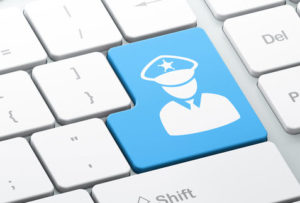 Several other states, including nearby Louisiana, have passed laws that make crimes against law enforcement officers hate crimes, and several Florida legislators want the same thing to happen in the Sunshine State.

Representative Elizabeth Porter (D-Lake City) introduced legislation in the State House to add “law enforcement officer” to the list of protected classes in the current hate crimes law, and Senator Dennis Baxley (R-Ocala) might file parallel legislation in the Senate. “I just don’t think you should be a target of attacks, simply because of who you are in serving the public,” he remarked. Some Democrats oppose this move, because they say that existing laws already enhance punishments if defendants assault or kill police officers. Rep. Porter’s bill would also apply to judges, first responders, and correctional officers.

A similar measure died in the legislature in the previous session.

Florida lawmakers first enacted Section 775.085 in 1989, at a time when many other states passed such laws. Sometimes, when lawmakers try to “keep up with the Joneses,” the laws rush through the process and are somewhat poorly drafted, and the hate crimes law falls into this category.

As some practitioners like to say, “hate” is not an element of the hate crimes law. Instead, the law calls for enhanced punishment if the defendant “evidences prejudice” based on race, homelessness, gender, age, sexual orientation, or another listed protected class. So, if a street mugger targets female victims because he believes that women are weaker and less able to resist, he could technically be charged with a hate crime.

This fear is not just hypothetical. New York has a similarly-worded hate crimes law, and some local prosecutors are charging elder abuse cases as hate crimes, since the defendants targeted the victims because of their age and elder abuse, by itself, is only a misdemeanor.

Provisions such as the hate crimes law often run afoul of the vagueness rule. Under this doctrine, laws are unconstitutional if:

Florida’s hate crimes law does not list applicable offenses, other than to say that the measure bumps second-degree misdemeanors up to first-degree misdemeanors and so on up the line. Furthermore, prosecutors have pursued actions that are clearly not “hate crimes” in the ordinary sense of that phrase, and they may do so again.

The broad nature of this law makes it difficult to defend such cases, which is another reason that vague laws are usually unconstitutional. So, the best approach is to attack the underlying offense.

There are many procedural defenses to criminal offenses. For example, officers must have reasonable suspicion based on specific facts in order to detain a suspect. The United States Supreme Court has chipped away at the reasonable suspicion requirement in recent years, but the Justices have retained the overall concept. Lack of evidence is also a very effective defense in many criminal cases, because the prosecutor must prove guilt beyond a reasonable doubt, which is the highest standard of proof that the law recognizes.