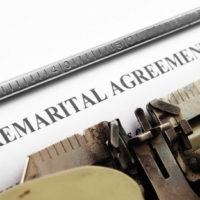 As another baseball season comes to a close, we pause to remember that magical moment when an ownership dispute turned into an object lesson on the importance of spousal agreements in divorce cases.

In the early 2000s, Frank and Jamie McCourt owned the Los Angeles Dodgers. After winning the World Series in 1988, thanks in part to Kirk Gibson’s impossible home run, the club fell on hard times. By the time the McCourts took over, fan interest had waned and team revenues had plummeted. In 2008, the Dodgers declared bankruptcy. Reportedly, the McCourts weren’t able to make payroll without emergency assistance.

While the Dodgers were in bankruptcy court, the McCourts were in divorce court. Since the team was basically worthless at the time, Jamie signed her half of the team over to Frank for about $180 million. That looked like a good deal for her.

However, a few years later, Frank sold the reinvigorated Dodgers for $2.1 billion. Jamie asked a court to overturn the property agreement. She claimed Frank lied about the team’s value during negotiations, and that the agreement was clearly unconscionable. By almost any definition, an agreement that leaves a person $900 million short of a 50-50 split is clearly one-sided.

California and Florida have both adopted the Uniform Premarital and Marital Agreements Act. So, the result would have been the same in either state. That result deserves a closer look, because it shows us how premarital agreement enforcement works in Florida.

Assume the day before a lavish destination wedding in Hawaii, Husband springs a premarital agreement on Wife. Everything is already paid for and all the guests are already in the Aloha State. Under these circumstances, a judge might conclude that the pressure to sign was just too great. But under ordinary circumstances, pressure to sign is insufficient.

Jamie lost this point. The court noted that Frank provided over 220,000 pages of financial documents during the negotiations. Moreover, since she was a co-owner, she could have obtained any information she wished.

A starkly-uneven split is not enough. The agreement must also be unconscionable when it was made. This issue often comes up with regard to stock options and other property that is worthless one day and valuable the next day.

Jamie lost this point as well. When Jamie went back to court in 2015, the agreement was clearly unconscionable. But when Jamie signed it in 2008, as noted above, that was not the case. Instead, “Jamie simply chose the security of a guaranteed $131 million payment, plus more than $50 million in real and personal property, over the uncertainty and risk presented by the valuation and sale of the Dodger assets,” the court concluded.

So, Jamie lost her appeal and even had to pay her ex-husband’s legal fees. But the story has something of a happy ending for Jamie. President Donald Trump recently tapped the prominent Republican fundraiser as ambassador to France and Monaco. That’s not $900 million, but it is a pretty nice consolation prize.

The streamlined premarital agreements laws open these pacts up for everyone, but these contracts are not ironclad. For a free consultation with an experienced family law attorney in Port St. Lucie, contact Eighmie Law Firm, P.A. We routinely handle matters all along the Treasure Coast.