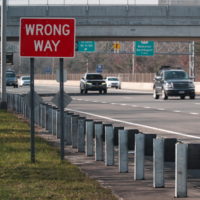 After several months of litigation, a federal jury ordered the estate of a 98-year-old man to pay $10 million to the families of two teenagers who were killed in a 2018 car crash.

In February 2018, a 98-year-old man driving the wrong way on Okeechobee Road near Midway slammed into a car carrying two girls. The impact killed both victims instantly. Investigators believe that the headlights on the man’s RV were not working, so the girls did not see the oncoming large vehicle “until it was too late.” Additionally, authorities in Michigan, where the RV driver was from, said they received information that he was medically unable to drive.

The man subsequently died from his injuries, and his estate steadfastly denied the plaintiffs’ allegations.

Generally, car crash damages are not designed to punish the tortfeasor (negligent driver). Legally, victims should be in the same position they would have been in had the crash not occurred. No one can turn back the hands of time, so money damages are the next best thing.

The economic damages in a car crash claim largely consist of medical bills. Even though medical providers usually agree to defer payment until the case is resolved, these bills must still be paid. It’s not unusual for hospital; bills to exceed $100,000 in a serious injury case.

Victims also deserve compensation for lost property. If the vehicle is a total loss, insurance companies routinely refuse to pay off the entire amount, citing phantom depreciation costs. In most cases, an attorney does more than get full monetary value. Typically, the family car has an emotional value as well. You deserve compensation for this loss.

Lost wages are sometimes difficult to calculate. Missed work days only tell part of the story. Many people must reduce their hours because of their injuries. Most other people do not feel like themselves at work after an accident, because they must deal with the strain.

If the victim did not survive, these damages are even more difficult to calculate. Many times, an attorney partners with an accountant or another financial professional in these situations.

That strain is compensable as well, in many cases. Florida is just one of ten states with a no-fault insurance law, although lawmakers may repeal or revise the law sometime in 2019. This law limits noneconomic damages to serious injury claims. The law defines a serious injury as:

Many of these types of injuries are quite subjective. As a rule of thumb, if your vehicle was not drivable after the accident, you probably sustained a serious injury.

Noneconomic damages include money for pain and suffering, loss of enjoyment in life, emotional distress, and loss of consortium (contribution to household affairs and companionship).

In the above story, driving a vehicle you know is not road-worthy and ignoring repeated requests to give up your keys arguably qualify as disregarding a known risk. The jury certainly agreed. Other punitive damages scenarios include an alcohol-impaired tortfeasor with a very high BAC (perhaps three times the legal limit) or a driver who falls asleep behind the wheel and causes a crash.