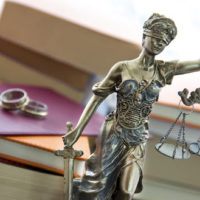 Although no one expects to die early, people with dependents to support almost always obtain life insurance policies, to be prepared for the unthinkable. For the same reason, couples with any assets should consider a premarital agreement, because such documents are far more than “divorce insurance.” They allow people to make important financial and other decisions in a calm and collected manner, as opposed to the heat of the moment or when attorneys are charging by the hour.

Until recently, only the super-rich bothered with premarital agreements, due to the complex laws. But that was before the Uniform Premarital and Marital Agreements Act took effect in almost all states, including Florida. Now, the laws are not as complex and the results are more predictable.

In the Sunshine State and elsewhere, family court judges almost always look to enforce agreements between the spouses whenever possible, because these pacts not only reduce the burden of litigation, but also give the parties a sense of control that often translates into voluntary compliance. Because of this undercurrent, spousal agreements may touch and concern a wide variety of situations, including:

No contract may contain any provisions that are against public policy, and so premarital agreements may not cover child custody or child support issues.

Similarly, no contract is 100 percent ironclad, but to break a premarital agreement, the challenging party must overcome the strong presumption in favor of these pacts. Some of the most successful approaches include:

Since most premarital agreements and other contracts contain severability clauses, the court will probably strike the illegal portion and enforce the remainder.

Premarital agreements are an important component of many successful marriages. For a free consultation with an experienced family law attorney in Port St. Lucie, contact Eighmie Law Firm, P.A. We routinely handle matters throughout the Treasure Coast vicinity.