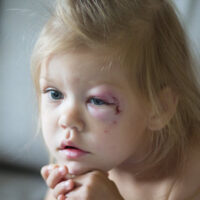 A Jacksonville daycare is having serious problems after a lawsuit filed by the mother of a toddler filed a lawsuit against the company after her child came home with unexplained injuries, one of which was severe enough to be an apparent concussion. According to her attorneys, the daycare violated several Florida regulations, did not supervise their staff members, and staff members were caught drinking on the job. While it is unknown how the child sustained the injuries, there is enough evidence that the daycare acted negligently and failed to adhere to its own policies in hiring and training. The daycare failed to provide proof that staffers had been trained on shaken baby syndrome and sleeping positions or met other requirements of the state.

Records from Florida’s Department of Children and Families indicate that the daycare never presented the parents with injury or accident forms, also in violation of state regulations. In other words, very little was going right with this daycare and an accident or injury like this was inevitable.

So, parents are generally understanding when their children suffer minor injuries while at daycare. However, they tend to want explanations for what happened. Another child was out of control. Your child was playing on the jungle gym when he fell. The child gets a pat on the head with admonishments to be more careful and life moves on. When the parents are told that the staff doesn’t know how the child was injured or perhaps it happened while the child was at home, they tend to go on the attack because they feel like they’re either being stonewalled or the place is so incompetent that they truly have no idea how their students are being injured. The daycare would be expected to know that considering that they’re being paid to watch the children. So, in cases where a daycare claims they don’t know how a child was injured, it’s either because they’re protecting themselves or they’re not meeting their duties to their children.

So, then it’s just a matter of determining damages. In a case like this, damages can be large not because the child’s injuries are so extensive, but because willful misconduct is a factor in this case. The daycare’s standards had lapsed so extensively, that counselors were showing up to work under the influence of alcohol and drinking on the job. So, if any of that is provable, a jury will come down on this company with a finding that punitive damages are appropriate which could send the damages award into six, maybe even seven, figures.

The daycare will attempt to defend itself by laying the blame with the mother. They may even accuse her of being the source of the abuse. However, if they don’t want allegations that they had drunk counselors caring for children in front of jurors, then they will try to settle this suit quickly and quietly.

Eighmie Law Firm represents the interests of parents whose children have been injured at daycare, school, or an organized youth activity. Call our Port St. Lucie personal injury lawyers today to schedule a free consultation and learn more about how we can help.