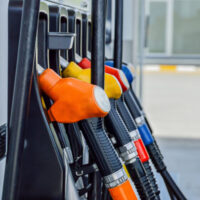 Multiple Floridians throughout the State of Florida are currently facing charges related to fuel pump fraud. The scheme involves the installation of a fuel pump pulsator device that renders efforts to throttle the fuel useless. These individuals can fill their tanks at pennies on the dollar, fill up large containers of fuel, and then either resell the fuel or just save themselves some money. Meanwhile, the rest of us are getting gouged at the fuel pump every day because of supply chain issues, Putin, and whatever else.

To be sure, local law enforcement efforts are beginning to clamp down on the scheme and those charged are facing massive sentences related to the various forms of fraud, hacking, property damage, and more related to the theft. In this article, we’ll broadly address the types of charges being filed against defendants accused of fuel pump theft.

Several individuals have been charged with crimes related to stealing gas at the pumps. The scheme involves the installation of a homemade device that is used to interfere with the gas pump’s pulsator which regulates the flow of gasoline. Among the charges faced by individuals committing such crimes are (and this borrowed from a real case in which a defendant is facing this specific list of charges):

One defendant was charged with all of these crimes with another 10 years added for the two extra skimming devices he had. So, this defendant is facing a maximum sentence of 55 years for stealing probably no more than a couple hundred dollars worth of fuel.

Law enforcement, now that they are aware of the scheme, is clamping down on attempts to steal fuel and want to make a very large show out of their efforts. For that reason, defendants charged with these crimes are having the book thrown at them by prosecutors who want to deter others from attempting to steal fuel in this manner. Fuel theft would further raise the costs of gas for everyone, so law enforcement is going hard after suspects charged with fuel theft.

If you’ve been charged with fuel pump hacking, call the Port St. Lucie personal injury attorneys at Eighmie Law Firm today and we can begin discussing your options moving forward.