No Charges Filed Against 5-Year-Old Who Attacked Teacher 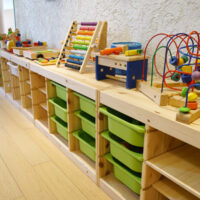 One thing that lawyers understand that the public doesn’t is that occasionally, there are contradictions in the law. These contradictions make it easy for prosecutors to pick and choose which rules to enforce and when.

Problematically, Florida charges children as adults more frequently than any other state. This has resulted in broad scale protests against Florida’s legal process. In Florida, a prosecutor has ultimate discretion over whether or not they will pursue charges. Prosecutors, therefore, can pursue charges against minors without any oversight or by “direct filing” the charges against the minor.

Suffice it to say, a five-year-old special education student injured his teacher, giving her a concussion. The teacher is now on paid leave and has declined to press charges against the child. The prosecutor has thus dropped the charges, but the AG can step in and pursue the charges anyway.

What does the law say?

Depends on where you look. Florida Statutes 985.031 says that you cannot charge anyone with a crime who is below the age of 7 years old. However, Florida Statutes 776.08 says that anyone, regardless of age, can be charged and prosecuted for a “forcible felony”. What is a “forcible felony”? It ranges anywhere from throwing an object at someone unlawfully to acts of terrorism. These are exactly the types of statutes you’d like to avoid under the law because they place broad discretionary power in the hands of prosecutors who can selectively employ the law at their own discretion. It looks unlikely that prosecutors will charge the child in this instance. Indeed, it would likely be the first time anyone under seven years old was prosecuted under Florida law.

If prosecutors were to force the case before the court, they would argue that statute 776.08 applied because the defendant committed a “forcible felony” against the complainant. Defense attorneys would argue that 985.031 applied because the defendant was under 7 years of age. Then, a decision would have to be made by the court as to the appropriate use of the statutes. However, a five-year-old throwing an object is not the same as someone engaged in an active terrorist conspiracy, sexual battery, or murder.

In this case, prosecutors could have charged the student with aggravated battery. They considered these charges because they did not consider 985.031 a hindrance to their prosecution. Ultimately, they still need to establish an intent to injure, and the complexity of establishing a child’s motivations to produce a certain result was too high a bar. The child’s case may thus be sent to family court or simply dismissed.

Eighmie Law Firm, P.A. handles juvenile criminal cases for residents of the area. Call our Port St. Lucie criminal lawyers today to schedule an appointment and we can begin discussing your options immediately.