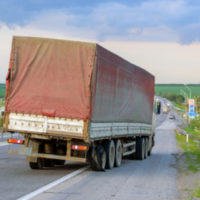 Largely due to a combination of vehicle speed, truck size, and truck driver fatigue, almost 4,000 people died in large truck crashes in 2015. That figure has increased rather steadily since 2009, and nearly all of these victims (97 percent to be exact) are passenger vehicle occupants.

At 60mph, fully-loaded large trucks require almost 500 feet to stop, which is greater than the length of a football field. Adverse conditions, such as wet roads, and load factors can drive this number even higher. Furthermore, although federal and state laws strictly limit the amount of time that truck drivers can spend behind the wheel without resting, there is evidence that at least some drivers almost routinely flaunt these requirements. Finally, large trucks also sit very high, so they might literally run over a small-ish passenger car in a collision.

Vehicle size is also a leading factor with regard to injury severity. Fully-loaded large trucks weigh tens of thousands of pounds, and oversize or double tractor-trailers often weigh considerably more than that. As a result, there is an incredible amount of force in large truck-passenger vehicle collisions, causing serious injuries like:

As a result of these and other injuries, accident-related hospital expenses often exceed $100,000. Other necessary medical expenses, such as physical rehabilitation, force the cost even higher. Most people do not have the resources to cover such expenses, and most health insurance companies deny injury-related claims for liability reasons.

In these cases, personal injury attorneys send letters of protection to medical providers, so victims need not pay any upfront money. In addition, when the case is resolved, an attorney can usually reduce medical bills through negotiation, so victims keep a greater percentage of their settlement money.

Letters of protection usually go out during the early pre-litigation phase. Even before then, attorneys must send spoliation letters to preserve some important physical evidence in the crash, such as the Event Data Recorder. EDRs are electronic devices which capture and record a number of vehicle metrics, such as:

Any one of these figures may be instrumental to establish negligence. Furthermore, beginning in 2018, almost all large trucks will have electronic logging devices, which could be vital to prove negligence in a drowsy truck driver case.

Negligent truck drivers cause many serious accidents. For a free consultation with an experienced personal injury attorney in Port St. Lucie, contact Eighmie Law Firm, P.A. We routinely handle matters all along the Treasure Coast area.